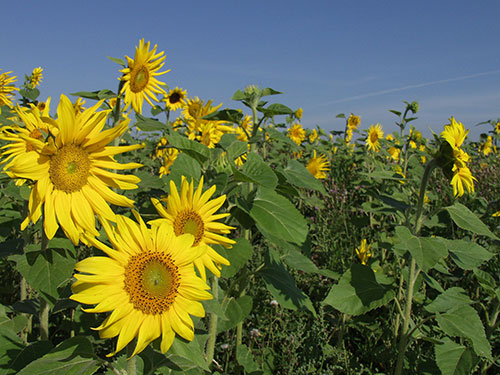 We had just left Nuremberg, Germany after disembarking from a river cruise from Budapest along the Danube. Driving onward to our destination in Switzerland, we came across these acres of Sunflowers. What a beautiful sight it was, so large and colourful. Sunflowers originated in the Americas, the seeds were brought to Europe in the 16th century, where, along with sunflower oil, they became a widespread cooking ingredient. Leaves of the sunflower can be used as cattle feed, while the stems contain a fibre which may be used in paper production.

As we all do our best to adapt to the new normal, BPimaging would like to assure our customers that we are here and ready to serve your photography and marketing needs. You are welcome to attend your photo shoot or you can utilize our remote photo sessions without leaving the comfort of your home! If you choose to attend we have protocols in place to ensure the safety of our customers and staff.