A great article from the cover page of The Hamilton Spectator written for Tom Bochsler’s large donation. The article “The Art of Tom Bochsler” is a brief summary of his successful career as an industrial and commercial photographer with a variety of his photography, have a read below:

The Art of Tom Bochsler

Photo above: Skyline photo of Dofasco in 1971.

You think you have a lot of old photos kicking around the house?

Commercial photographer Tom Bochsler, 83, decided it was time to find a long-term home for his collection and recently passed on more than 500,000 images to the Hamilton Public Library‘s Local History and Archives section.

They had to bring the collection in on skids, four feet high.

The library couldn’t be happier.

Bochsler, 83, has been taking brilliant pictures of life in Hamilton, and around the world, for more than a half century and his collection is particularly noted for capturing the glory age of industry in the city.

“He has a unique talent for capturing industrial images,” says chief librarian Paul Takala. “We are thrilled to have the collection.” 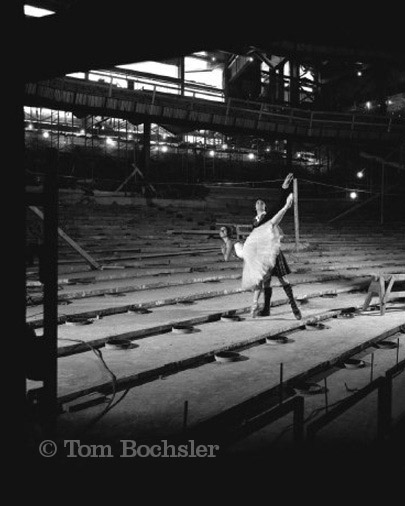 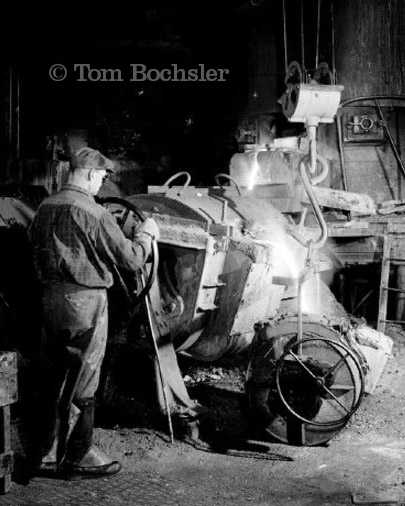 Photo on left: 1971, in the nearly completed Hamilton Place, where two people pose for the photo. The names of the people in the photo are not known. Photo on right: An International Harvester worker from 1960.

Takala said the library plans to digitize it “over time” and will put together a special display of the work for Supercrawl, which will run Sept 11 to 14.

Highlights of his work are featured in Bochsler’s 2010 coffee table book The Art of Industry, which he will be signing at The Hamilton Store as part of Friday night’s Art Crawl on James Street North.

Bochsler got into business by working at his brother Joe’s wedding and portrait photography company in the early ’50s after he finished high school. Then in 1956, he started his own business out of his home.

Early on, he made a name for himself with contract work at Westinghouse and then landed jobs at the city’s steel companies and other industries where he found, “the dirtier it was, the more challenging it was to take pictures.” 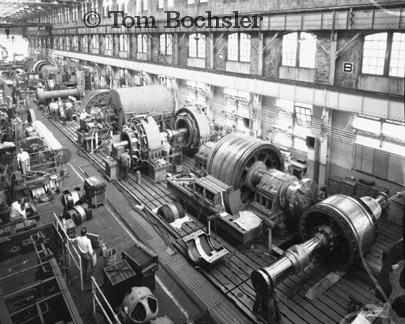 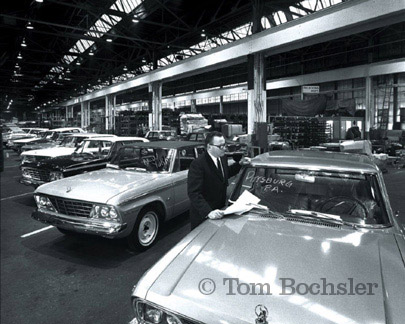 Photo on left: This is a picture of Westinghouse from in 1962. Photo on right: The Studebaker factory in Hamilton from the 1960s.

He also did work for the Russell T. Kelley Advertising, the City of Hamilton and travelled around Canada taking pictures of nuclear reactors for the Atomic Energy Board of Canada. 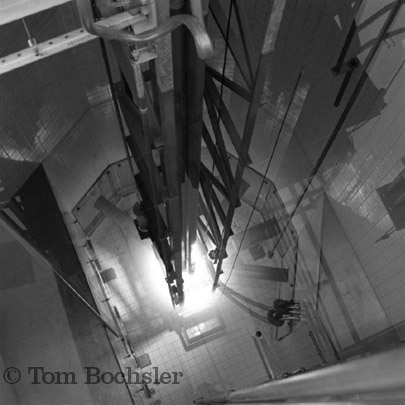 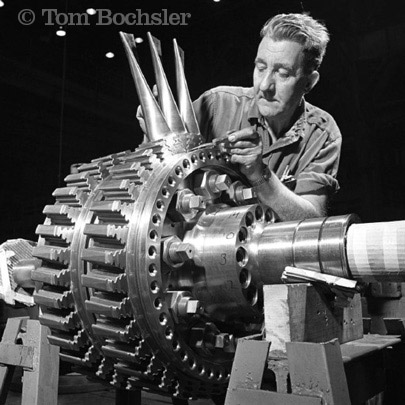 Photo on left: McMaster University’s nuclear reactor in 1962. Photo on right: An unidentified worker at Westinghouse in 1968.

Tom is retired now. But he still regularly pops into the family business — Bochsler Photo Imaging in Burlington — where his son John, and grandson Jesse, both work.

“I’ve done this all my life, basically,” he said. “I loved what I was doing because I felt I was doing the best for the client as I knew how to do.

“To see the customer satisfied was part of making me happy. Dollars and cents didn’t really enter into the way I did business … It was doing things right.” 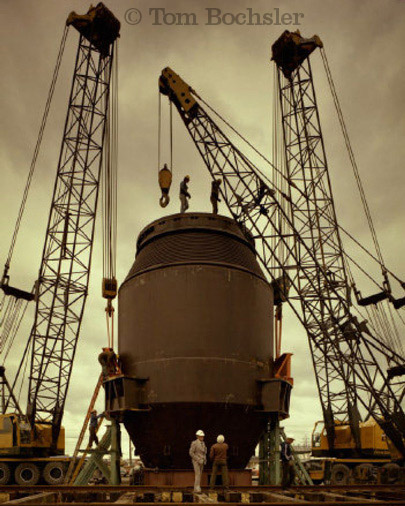 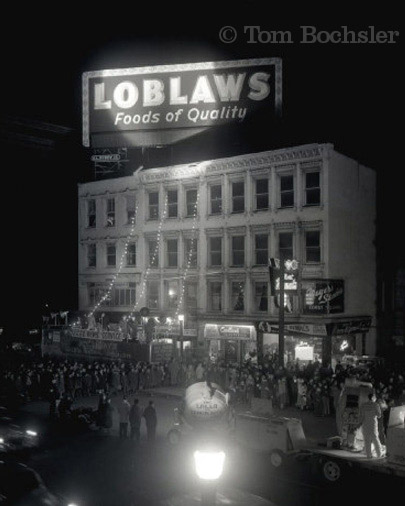 Photo on left: 1977 of a large tank that was manufactured by a company called Bridge and Tank Company of Canada that used to be on Gage Avenue North. Photo on right: CKOC during a Loblaws promotion. At the time CKOC operated out of that building that was just east of the Royal Connaught.